This shortcut could save a lot of time, having a certain JSON, that needs to be parsed on the server, built automatically by Visual Studio as classes the JSON contains.

In order to do so, I found on the website mockJSON a pretty long JSON: 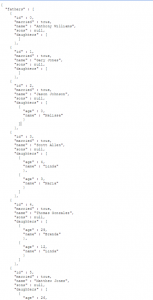 and copied it to my clipboard.

On Visual Studio, I created a new class, but erase the class that was created, as the VS will create the classes according to the JSON.

On VS’s top bar, under EDIT->Paste Special, choose the option of Paste JSON As Classes: 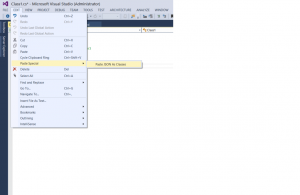 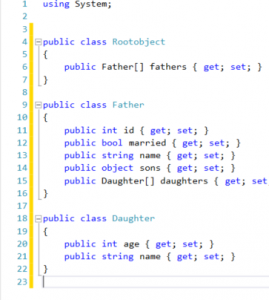 Some things to take in consideration:

This trick should work for XML as well.

I’ve seen this cool and useful tip in a lecture given by David Catuhe & Jon Galloway about ASP.NET and AngularJS.

Worth watching or listening. Catch is here.